Shekar is a thriller drama movie starring Dr Rajashekar in the title role. Screenplay and direction by Lalith. The Music composed by Anup Rubens while cinematography done by Mallikarjuna Naragani. The film is produced by Beeram Sudhakar Reddy.

The glimpse from the movie has been released today. The actor has previously appeared in Arjuna movie in 2020. More details about the movie will be updated soon. 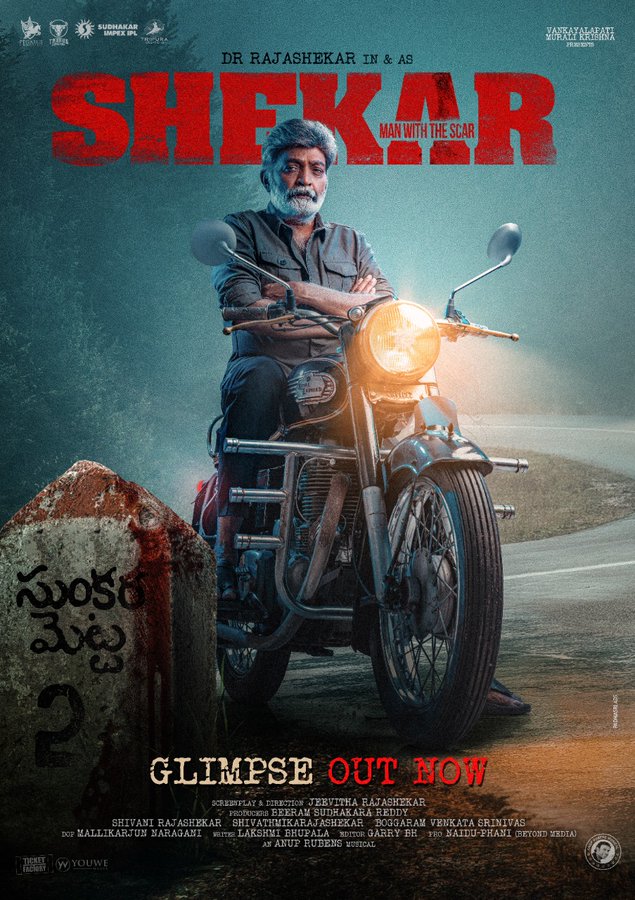