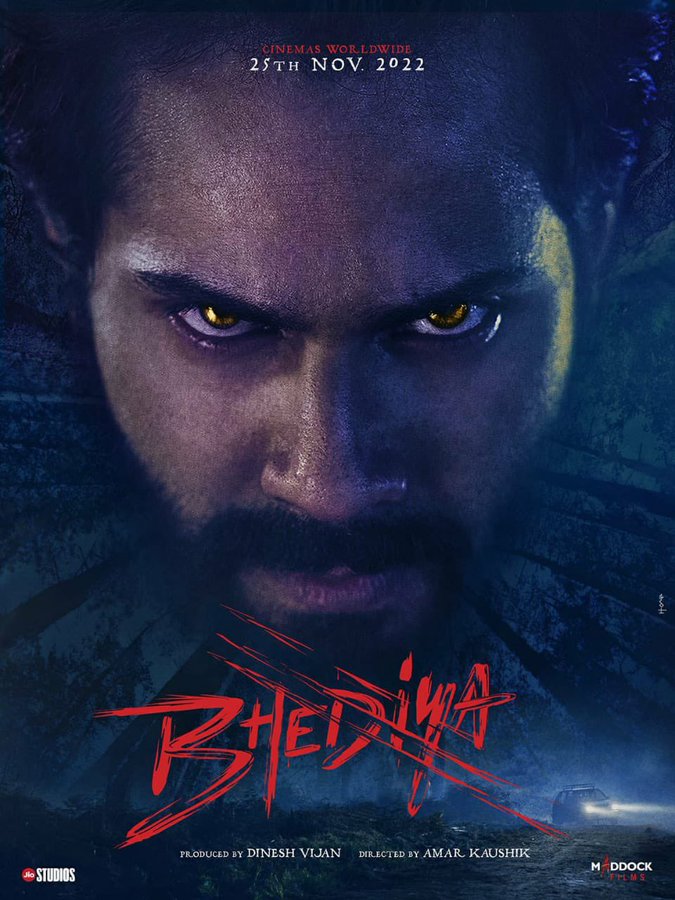 Bhediya is an upcoming Hindi comedy horror film directed by Amar Kaushik and produced by Dinesh Vijan, featuring Varun Dhawan and Kriti Sanon in the lead roles with Janhvi Kapoor and Flora Saini reprising their roles from the previous installments Roohi and Stree.

The film is the third installment in Dinesh Vijan's horror-comedy universe. The film was wrapped up on 10 July 2021. The initial film release date is 14th April, but it is likely to be postponed due to time-consuming visual editing. The music of the film is composed by Sachin Jigar.