The trailer of the film 'Jersey' released on 23rd November. Shahid Kapoor on Tuesday launched the trailer of 'Jersey'. The trailer is beautifully edited and the director made sure the essence of the movie stayed true to the original. The film will hit the theatres on 31 December 2021 coinciding with New Year. In Trailer Launch event, Mrunal Thakur reveals feeling bad for slapping Shahid Kapoor in the film, Shahid interrupts with a hilarious reaction. 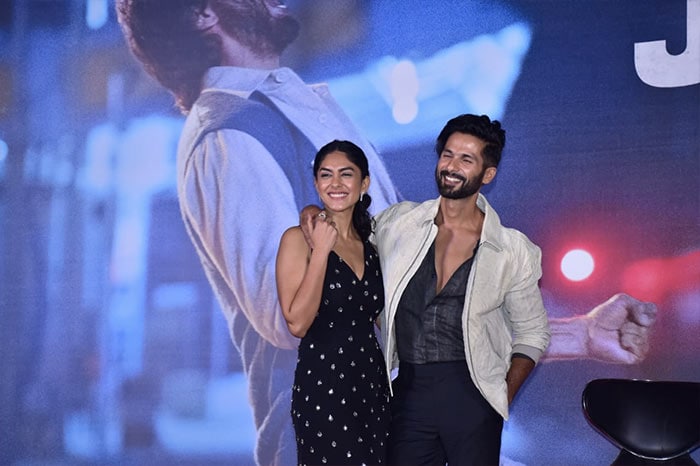 Jersey is an upcoming Hindi sports drama film written and directed by Gowtam Tinnanuri, a remake of his 2019 Telugu film of the same title. Nani acted in the telugu movie and the movie was a huge success. Hindi Jersey stars Shahid Kapoor alongside Mrunal Thakur, and Pankaj Kapur. The film is produced by Allu Aravind, Aman Gill, Dil Raju, and Suryadevara Naga Vamsi. Cinematography done by Anil Mehta, edited by Naveen Nolli and music composed by Sachet- Parampara.