Rashi Khanna, performed at the 52nd International Film Festival of India in a traditional look. She wore a red blouse and red bottoms. Adding to her attire, she wore diamond-studded jewellery. 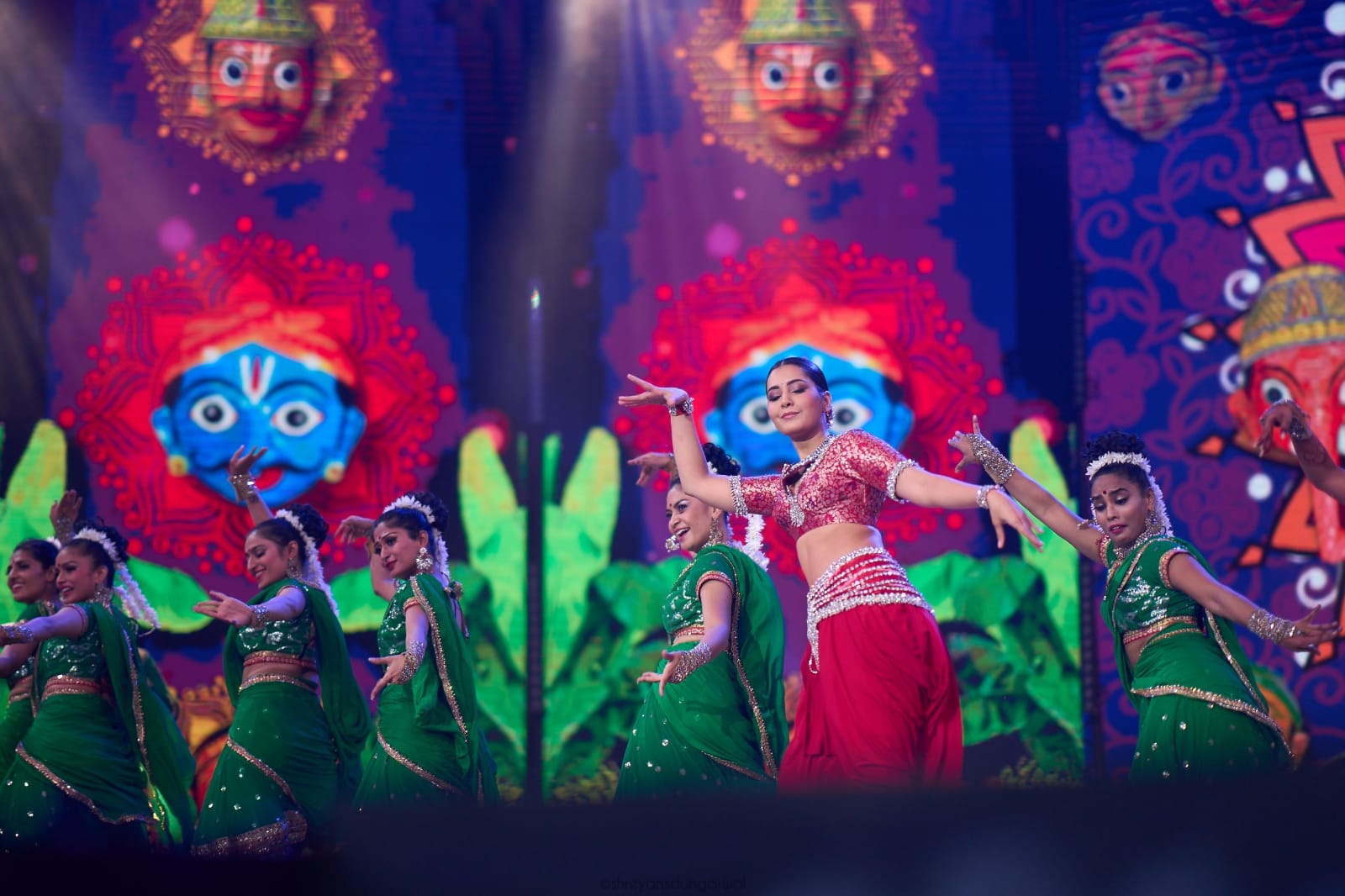 The 52nd International Film Festival of India opened on 20 November with The King of All the World (El Rey de Todo El Mundo) by Carlos Saura in Goa. On Sunday, November 21, IFFI commenced with the dance performance of Salman Khan and Ranveer Singh. Besides these two actors, Shraddha Kapoor, Mouni Roy, Rashi Khanna, and Reteish Deshmukh-Genelia D’Souza also performed at the Film Festival.

The opening ceremony on 20 November 2021, hosted by Karan Johar and Manish Paul was aired live and streamed live on YouTube. The Film Festival will be continued for eight days, starting from November 20th to November 28th. It is being conducted in the smallest state in India, Goa. The festival will feature 148 films from 73 countries across the world. The festival will close on 28 November with Asghar Farhadi's film A Hero.