The third single from the Movie 'RRR; titled 'Janani' will be released on 26th November. The song is an M.M.Keeravani musical. Director S.S. Rajamouli and his team, who plan to release the movie in January, have kickstarted the promotions.

Rajamouli sharing the poster of the song tweeted "Peddanna’s soulful composition for #Janani is the window to #RRRMovie ‘s powerful and heartfelt emotions. #RRRSoulAnthem will be out on 26th..:) Gear up for an emotionally captivating experience…" 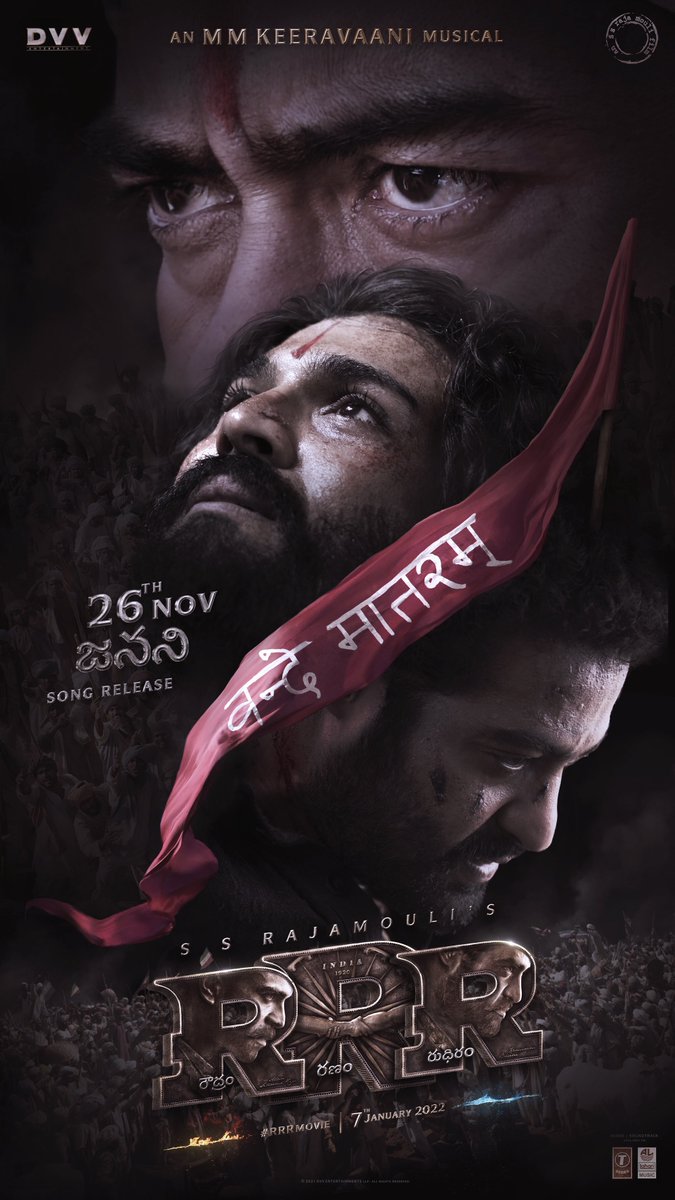 Jr. NTR tweeted "#Janani, the emotion, conceived by the one and only S.S.Rajamouli Garu and composed by M.M.Keeravani Garu, gives you a peek into the emotional extravaganza. #RRRSoulAnthem out on November 26th. Stay tuned for an emotionally stirring journey."

The release of 'Naatu Naatu'/'Nacho Nacho' grabbed everyone's attention. With Jr NTR and Ram Charan shaking a leg to M.M. Keeravani's composition, this song has become one of the most liked ones in recent times.