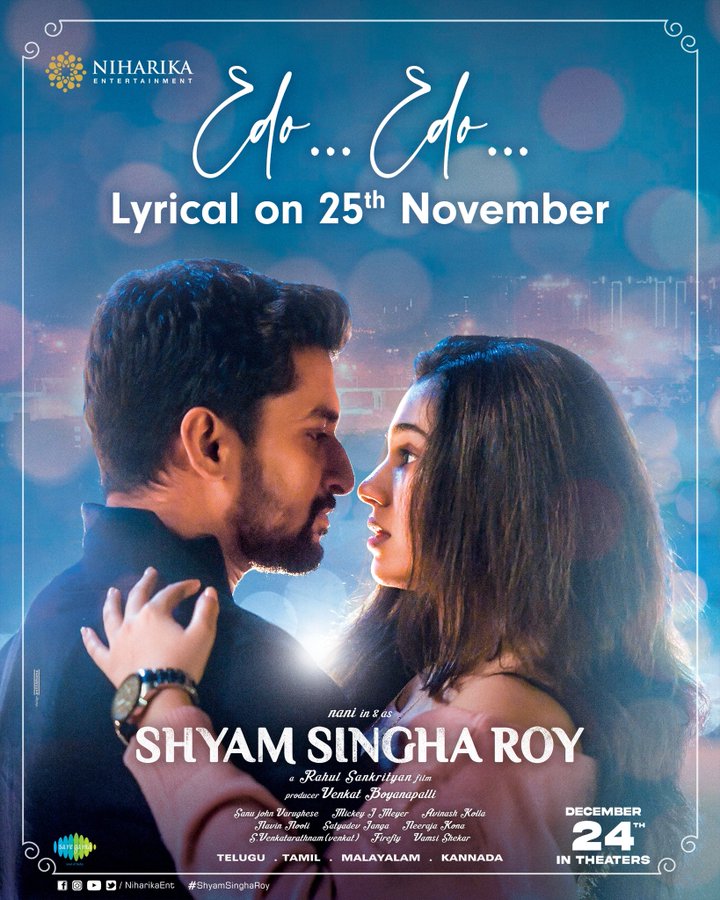 Set in the backdrop of Kolkata, the film is based on the theme of reincarnation. Music composed by Mickey J. Meyer with cinematography by Sanu John Varghese and editing by Naveen Nooli.  The film is set to release on 24 December 2021.  It will be the biggest release for Nani as the film is to be released in Telugu, Tamil, Kannada, and Malayalam.

The teaser of the film was released recently. Shyam Singha Roy is a revolutionary writer, who questions the ill practices of society and a powerful man who has the courage to take on rich and influential people. He delivers a powerful dialogue in Bengali which is intense as he ends the dialogue with 'Khobordar'. The teaser has glimpses of Kolkata introducing Sai Pallavi with dance. The teaser was a delight to watch.