Actor Kamal Haasan hospitalized after his US travels

Kamal Haasan has recently travelled to the United States for the launch of his clothing brand and returned to the country. He apparently had a cough and tested positive for Covid-19.

Taking to his social media on 22nd November, Kamal Haasan shared in Tamil, which translates to, "After returning from America, I had a slight cough. Following a test it was confirmed that I have tested positive for COVID-19. I have isolated myself in the hospital. Request everyone to be careful, understanding that the spread of the virus hasn't stopped."

The Sri Ramachandra Medical centre in which Kamal Haasan is being treated has released a bulletin updating on the actor's condition. Apparently, Kamal Haasan is suffering from lower respiratory tract infection and fever due to Covid-19. He is presently in medical management and his condition is stable. 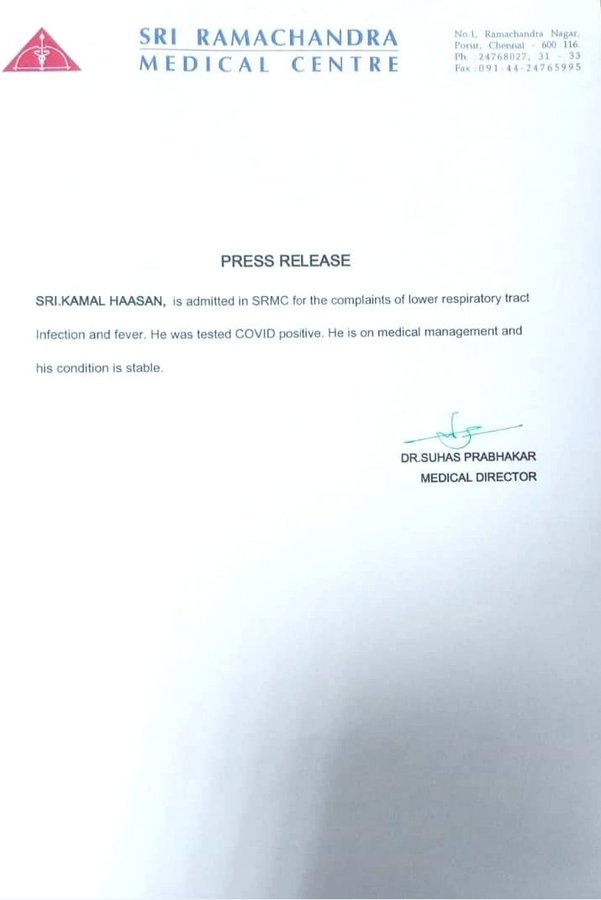 The shooting of his upcoming movie 'Vikram' has been postponed due to his hospitalization. 'Vikram' is an action thriller written and directed by Lokesh Kanagaraj. Music is composed by Anirudh Ravichander. The film features Kamal Haasan, Vijay Sethupathi, Fahadh Faasil in the lead roles. The film is slated to release on March 31st, 2022.