Sharing a pic of himself riding a horse Devarakonda wrote "Riding horses. I love horses, I want one of my own. Soon :) #Liger". Vijay and Ananya both were captured on horses. 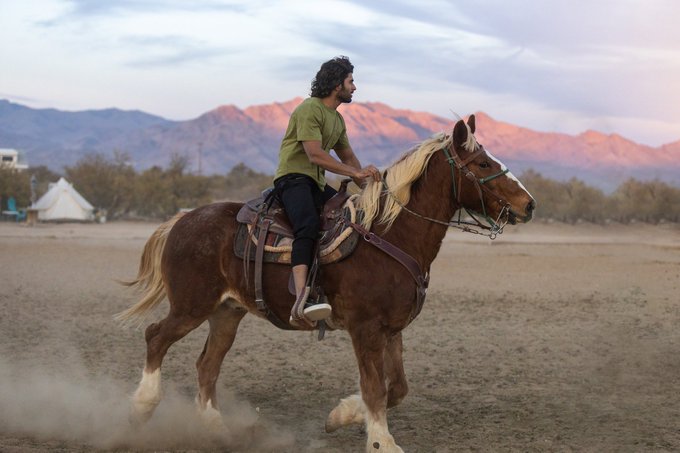